Washington County lies in the heart of Florida’s panhandle and is rich with history because of its influence from Native American, Spanish, and English cultures. It officially became a county in 1825 and was twice the size of the state of Delaware because it spanned from the top of the panhandle all the way down to the Gulf of Mexico. Its boundary shifted over the course of the next century to become one of the larger Florida panhandle counties with over 382,000 acres of land. You’ll always know when you drive through Washington County, Florida. Rolling hills, thick pine trees, and hardwood forests dominate the landscape.

Washington County was named after George Washington and was first settled by pioneers looking for more political and economic freedoms that were associated with the vast amount of jobs in the timber and mining fields. Because Washington County is rich with rivers, river settlements were popular because they provided water transport for goods and services. The arrival of the railroads brought prosperity to inland parts of the county, giving settlers the freedom to move away from the river if they chose.

The city of Vernon is geographically the center of the county and it also holds the honor of being the first county seat. Of course, Vernon was named after George Washington’s magnificent home, Mount Vernon. Before settlement though, Vernon was home to several large Indian settlements. Anthropologists and archaeologists still work in the area to learn more about these settlements.

Once the railroad was established in Washington County, the county seat moved to the city of Chipley around 1882 because of the rapid growth associated with the coming of the railroad. However, most of the economic growth in the area came from the timber industry and everything associated with it. Agriculture made another large impact on the economy of Washington County.

Washington County is the perfect destination for outdoorsmen alike. The El Rancho Lodge and Lake is the perfect place for a business meeting or even to bring the kids for a leisurely weekend of hunting. El Rancho is the state’s most unique duck reserve for the last half-century. It is home to thousands of mallard ducks at a time making it easy to shoot from boats, land, or the lake. You can even bring your own hunting dog and El Rancho will provide a shuttle service from the airport for you and your dog. Also remember to bring a container to carry your catches in, because El Rancho has a complimentary duck cleaning service.

If hunting isn’t your forte, you can experience the thrill of greyhound racing on Ebro’s outdoor track. You can also kick back and relax during a nice fishing expedition. Washington County is the best place to try and land a great trophy bass. Or you can visit the Sunny Hills Golf and Country Club if you don’t want to venture too far from civilization, but still want to experience the outdoors. Playing a round of golf and taking in the scenic hills, trees, and lakes is sure to put your mind at ease. 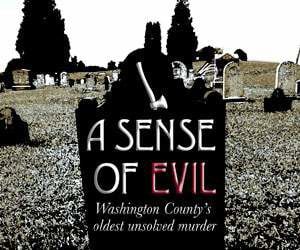